We just wrapped on the audiobook edition of Force of Impact, the fourth book in Bryan Cassiday’s Ethan Carr Thriller Series narrated by Ed Waldorph.  It will be available for purchase in the very near future. 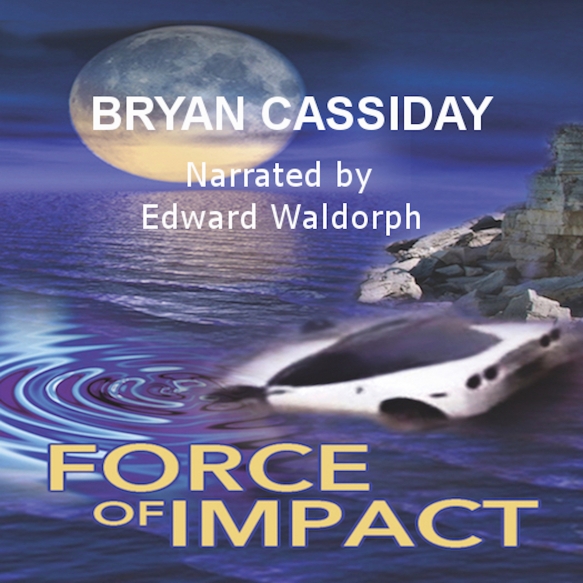 What better way to celebrate Fall than with an unputdownable thriller?  On 9/22/17 Bryan Cassiday’s new thriller Force of Impact is only 99 cents on Kindle.

A private detective hired by a disturbed horror writer to find out what happened to his wife becomes ensnared in a diabolical conspiracy involving a secretive Hollywood club that caters to movers and shakers who prefer to wear masks and remain anonymous.

Struggling horror novelist Bart Dillinger doesn’t accept the official police report that says his girlfriend actress Jackie Merced committed suicide by shooting herself while driving off a cliff. He hires PI Ethan Carr to find out how she really died. Carr discovers secrets Dillinger didn’t know about her which reveal she was more complicated than even he knew. Carr also discovers she belonged to a clandestine club of masked members in Hollywood who like to play games. These members include politicians and other movers and shakers. And the games they like to play are deadly.

Did the S&M just go too far, or was it murder in the first?

See this #AmazonGiveaway for a chance to win: Dying to Breathe (Ethan Carr Thrillers Book 2) (Kindle Edition).  At Amazon. NO PURCHASE NECESSARY. Ends the earlier of Mar 11, 2017 11:59 PM PST, or when all prizes are claimed. See Official Rules http://amzn.to/GArules.

Wipeout, the third book in the Ethan Carr PI series, will be available in 2017.  A distraught amnesiac hires Carr to find out who he is and why somebody’s trying to kill him.

Enter the new Goodreads book giveaway for a chance to win a free copy of Bryan Cassiday’s explosive crime thriller Dying to Breathe.